The recent awarding of a license by medicines regulator, SAHPRA, to a local company to cultivate cannabis for medicinal purposes could pave the way for South Africa to be a leading international marketplace for medical grade marijuana.

JOHANNESBURG, SOUTH AFRICA, May 17, 2019 /24-7PressRelease/ — According to a report released by marijuana consultancy, Prohibition Partners, South Africa is ideal for large-scale cannabis production, which could be worth a staggering R27 billion by 2023 if production and distribution is legalised for both recreational and medical use. With estimates that South Africa already produces some 2500 tonnes of cannabis annually, much of the necessary knowledge, skill and infrastructure is already in place for scale up of production.

The 2018 Constitutional Court judgement legalising the private use, possession and cultivation of cannabis by adults will have a far-reaching impact on the regulatory and health landscape of the country and raises several important ethical and legal considerations for policy makers.

Professor Sylvester Chima, Associate Professor and Head of the Programme of Bio and Research Ethics and Medical Law at University of KwaZulu-Natal, and speaker at the upcoming Africa Health conference, says that the landmark ruling will have significant implications for the South African Health Products Regulatory Authority (SAHPRA). “The judgement has already resulted in medicines containing cannabis to be rescheduled from a Schedule 7, referring to a ‘controlled substance’, down to Schedule 6 so as to allow patients to access medicinal cannabis products through a prescription by a health professional.”

Professor Chima adds that there are various medical conditions that cannabis-containing medicines have been known to help treat, including chronic pain and seizures. “It is also used by HIV positive patients who are losing weight, as cannabis stimulates the appetite. In cancer patients undergoing chemotherapy, it can also help manage symptoms like nausea and appetite loss,” he said.

Chima cautions, however, that there could also be negative impacts on health. “It’s clear that cannabis affects people in different ways. While some may have no ill effects, some may become paranoid or anxious, which could lead to depression and anxiety.”

A recent meta-analysis from 11 studies involving more than 23,000 young people reports that using cannabis before the age of 18 increases the odds of developing depression between the ages of 18 and 32 years by 37% compared to non-cannabis users. The study also found that cannabis users were more likely to have suicidal thoughts and to attempt suicide.

In another study, it was revealed that both frequent use and the use of high-potency cannabis were likely to increase psychotic episodes.

Professor Chima believes that in devising this legislation, Parliament will have to grapple with many legal and ethical questions, especially those concerning the rights of the individual versus the rights of others.

“If an employee arrives at work intoxicated after having taken cannabis at home and gets behind the wheel of heavy machinery, then they may well be infringing the rights of co-workers by putting their safety at risk,” he says.

Chima points out that in the USA where the use of cannabis is legal in several states, drug testing is often done when applying for employment, especially for federal positions that involve driving, airline industries, hospitals and other workplaces where public safety is of the utmost importance.

Jared Francis, Industrial Relations Manager at SERR Synergy and fellow speaker at the Africa Health Conference 2019 adds that the Occupational Health and Safety Act in South Africa bars an employer from allowing an employee who is under the influence of intoxicating liquor or drugs to remain at the workplace.

“The fact that cannabis may be used by an employee at home or in a private setting does not necessarily mean that the employee is permitted to report for duty under the influence or with his or her ability to work impaired. The employee is still required to adhere to the employer’s workplace policies and procedures,” Francis points out.

The Africa Health event provides a leading platform for discussion and debates on these complex legal and ethical questions. Industry experts, including Jared Francis and Prof Chima will provide insights into the many aspects of regulation that policy makers must consider in order to ensure fairness to all and to uphold the values of the Constitution of South Africa.

This session will feature as part of the Ethics, Human Rights and Medical Law Conference at the event which takes place on 30 May 2019 at the Gallagher Convention Centre, Johannesburg, South Africa. 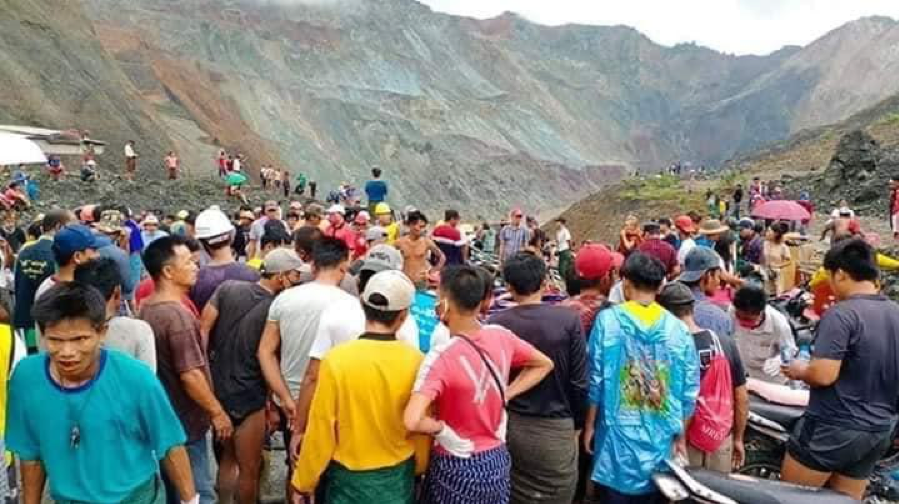 Jade Mine Disaster Moves GFA to Call for ‘Compassionate Prayer’